*I am not a doctor. Anything in this post is based on my own beliefs, opinions or research on how I used small life changes for big results. Also, this post may contain affiliate links to products I actually use and love! At no extra cost to you, I may get a small commission for my recommendation.*

Before I started this journey, I was sick several times a year and worried about making vacation plans. Not worrying if I had the time or the money but if I would get sick right before I was to leave.

My church started a 21 day fast and this sounded intriguing to me. I had never done a fast before!

Sacrificing was a new concept for me, as I was a person much more familiar with consuming.

After (not much) thought, I decided to do something I would hopefully gain from. What was the one thing I wanted more than anything else?

There are so many things I would like to do if I just had more time. Plant and maintain a garden, teach my son to play baseball, make one of the 10,990 crafts I have saved on Pinterest, read a book or go to the gym, just to name a few.

So, I decided to give up time wasting things: tv, social media and playing on my phone. All of these are specifically designed and marketed to keep you addicted, by the way. But that’s for another day…

Making positive changes started off a little rough. I wasn’t used to this. It was a constant struggle to change lifelong habits. I would have to remove myself if the tv was on in my living room. I had to specifically think about what I was doing.

But, a few weeks in, I didn’t have to remind myself to put down my phone. I found myself not even knowing where it was! I felt so free! Now, I could do anything!

There was even a moment where I was bored!! I couldn’t believe it! We are bombarded in order to distract us from thinking for ourselves and to keep our heads down… again for another post another day. (Check out these alarming illustrations by artist Pawel Kuczynski)

After the 21 day fast, I felt so good that I decided to give something else up! I decided on coffee and energy drinks; I was going for broke here! This was hard for me because as a hairstylist, this is our breakfast and lunch.

Seriously, I wish I was kidding. This meant I had to intentionally make grocery list of food for breakfast and lunch, go get it, make it, remember to take it to work every single day and make time to eat it. This did not sound like a time saver, but I was curious about this new sacrificial lifestyle.

I’m not going to lie; this didn’t happen more times than it did. I was pleased with my effort of best intentions but bigger than that, being willing to take the steps past the planning phase.

Subsequently, as I ate more, I found myself hungry, REALLY hungry! My metabolism was starting to activate again.

As a busy stylist, I was already booked and couldn’t make any changes to my schedule (like adding in time to eat). So, I added this time as my next change. This ball was rolling down a hill faster than I could stop it, so I just kept going!

Learn To Say No!

Next, I focused on saying “no” to clients that called to fill that unfamiliar taunting blank spot on my schedule called “lunch” where I COULD be making money. No more excuses. In 15 years of my career, I had never done this before. I was walking on thin ice, but I was fully committed! These small life changes had big results!

It’s time to eat healthier. What would I do though? There are so many diets, fads and ways of eating. Keto was a hot word but so was eating right for your blood type. And because I was on this healthy journey, eating unprocessed “God made” food appealed to me strongly also. I think all of these have their place. I encourage you to research and see for yourself what would be best for you as an individual.

*Just make sure you research the pros and cons and talk to your health care professional before making any major changes.*

I knew immediately I would gave up refined sugar. This stuff is toxic at best! Believe it or not, you can reset your hormones!! I had NO idea! (learn more about this in Cruise Ship or Nursing Home)

When You Learn Better, Do Better!

As I continued to research, I focused on knowing the difference between good carbs and bad carbs. Also, balancing my new information with not getting overwhelmed.

When I get overwhelmed, I quit. I get confused and I don’t have the time to back track to figure out where I went wrong. So, I made sure I understood each step before moving on.

*It took me an entire month at a time. For some this will take longer. Some are much faster at making new changes. Taking the steps are what is most important. *

Take One Step At A Time!

Making new diet changes is also food tracking and numbers. Something I’ve always dreaded and never did because I didn’t have the time. But, thanks to this new way of life, I finally have my priorities straight to allow sitting on the kitchen floor long enough to dissect one homemade food dish at a time into calories, carbs, sugars, macros and whatever else the app wanted. This is the app I used.

Previously, I would just start a diet without any prep or mind change, only wanting the fastest, easiest results. The body is meant to work in unison with all of creation. From a molecular level, a frequency level, a biological level and everything in between.

It’s intricacies are incredibly profound. Each step was laid out to me by the Holy Spirit. I thought I would ask the maker Himself to head up this journey because it says in His Word that we are “fearfully and wonderfully made” Psalm 139:14

Finally, I See The Changes!

Half a year later, I finally had big changes outwardly! I had lost 20 lbs! This was HUGE for me because I had been on a “diet” for 17 years with no luck. People started to ask me what I was doing! Talk about small life changes for big results!!

I decided to switch from a keto way of eating to adding back in fruits and vegetables. My muscles were cramping up from the lack of good nutrients.

Knowing what I had learned by this time, our bodies need these things to survive. However, it was slowing down the rapid weight loss keto had provided me. This was a hard adjustment, but I knew it would be healthier in the long run.

By now, I had lost 34 lbs in 4 months. From this point on I would have to look at this as mature progression rather than rapid progression. I am a HUGE advocate for listening to your body.

If you are wondering by now why I never incorporated working out, it’s because I have a broken foot. I wrecked my motorcycle, Kawasaki 636 crotch rocket, a few years back. Watch my full story here.

Am I Falling Behind?

The next few months were a discouraging time. I felt like I was falling behind. I wasn’t losing any more weight because of the change I made in my diet along with the holiday festivities. So, I decided to focus on something else.

My husband and I had recently just finished Dave Ramsey’s Financial Peace University. We were laser focused on improving another area of our lives, our finances.

Holidays always get out of control. This year we took Dave’s advice of setting a small limit for each person in our family and making it work. We decided on $20 per person. I called each of them ahead of time to tell them what we were planning to do. 10 people on $200? Could this really be done?

December was spent making gifts as well as all the other things we had accomplished that year. Wouldn’t you know, this ended up being the BEST Christmas we have ever had! It was so special because we focused on each other and not consuming meaningless products.

By the time the new year had rolled around I looked back in awe at our year of achievements!! I’ve never been able to do that. I’ve always looked back and said “thank God that year is over”. This motivated me to continue to take one step at a time.

“A year is going to pass by anyway, you might as well be someone at the end of it”

Please join me in my small life changes for big results! Hopefully they will inspire you to find a step of your own. This journey we call life can be so much more than surviving.

Friends, Let Me Help You Thrive!!

We are all unique, but at our core, we all want the same things: to be loved, listened to, and treated with respect.

My Self Love Journal Mom’s Edition specifically targets women with children who may feel overwhelmed, overworked, or underappreciated. Children are an incredible blessing! But it can also be difficult navigating this new selfless life on no sleep, leaving you with deep emotions.

My Self-Love Journal series are fun, full-color journals with 90 unique pages designed to be an interactive self-help experience for all women to discover, empower and grow into who they want to be as humans. Self-reflection directly affects self-esteem. Learn to love yourself again through self-improvement and self-care.

Remember: anytime you make a life change, there are growing pains. Don’t Quit! Dig deep and reap the rewards of a healthier, happier you!

My Self-Love Journal makes an incredible gift for any Birthday, Valentine’s Day, Mother’s Day, Baby shower, Christmas, or any “I Love You, Here Is A Gift” day to the woman in your life! 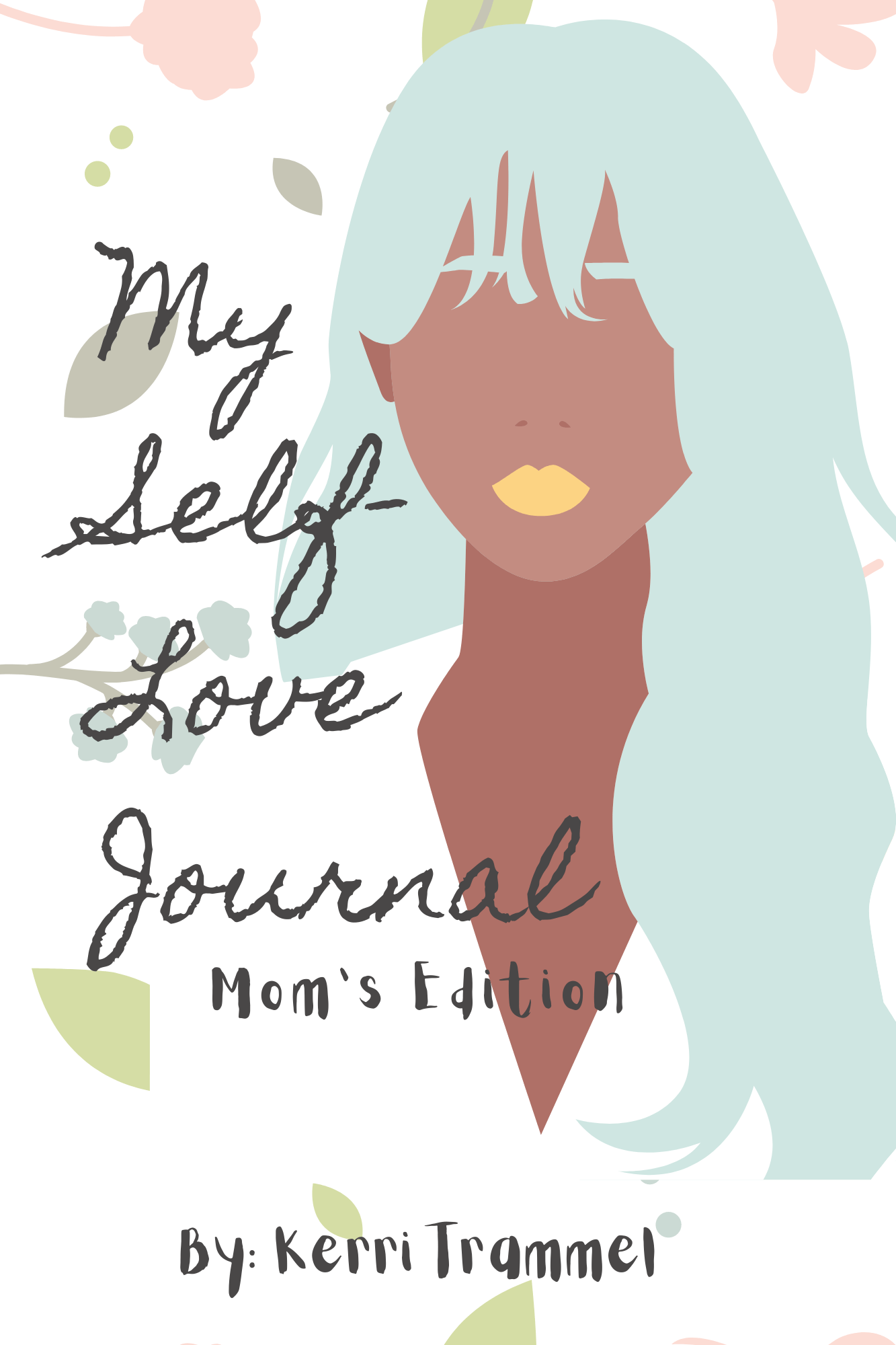 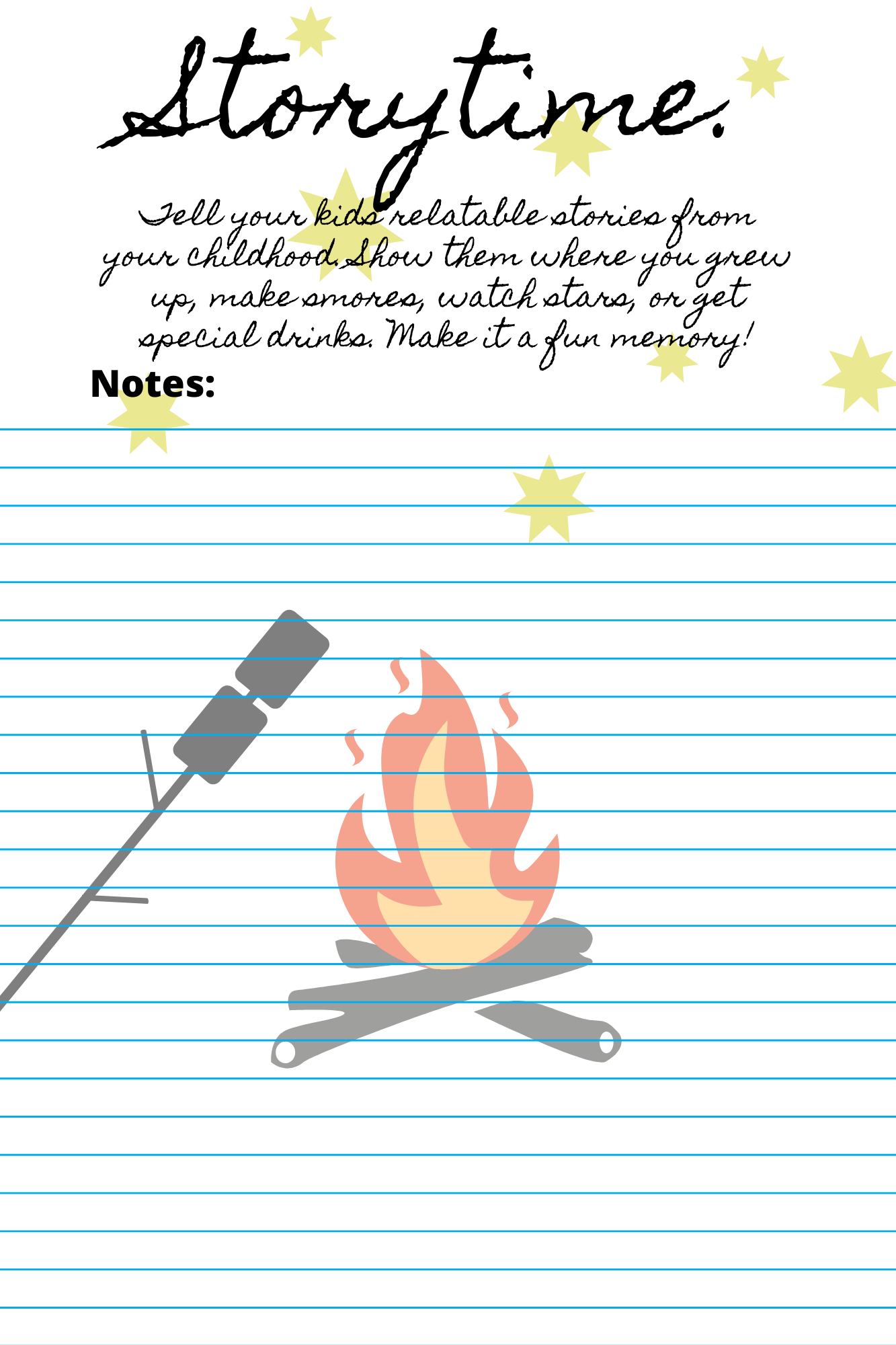 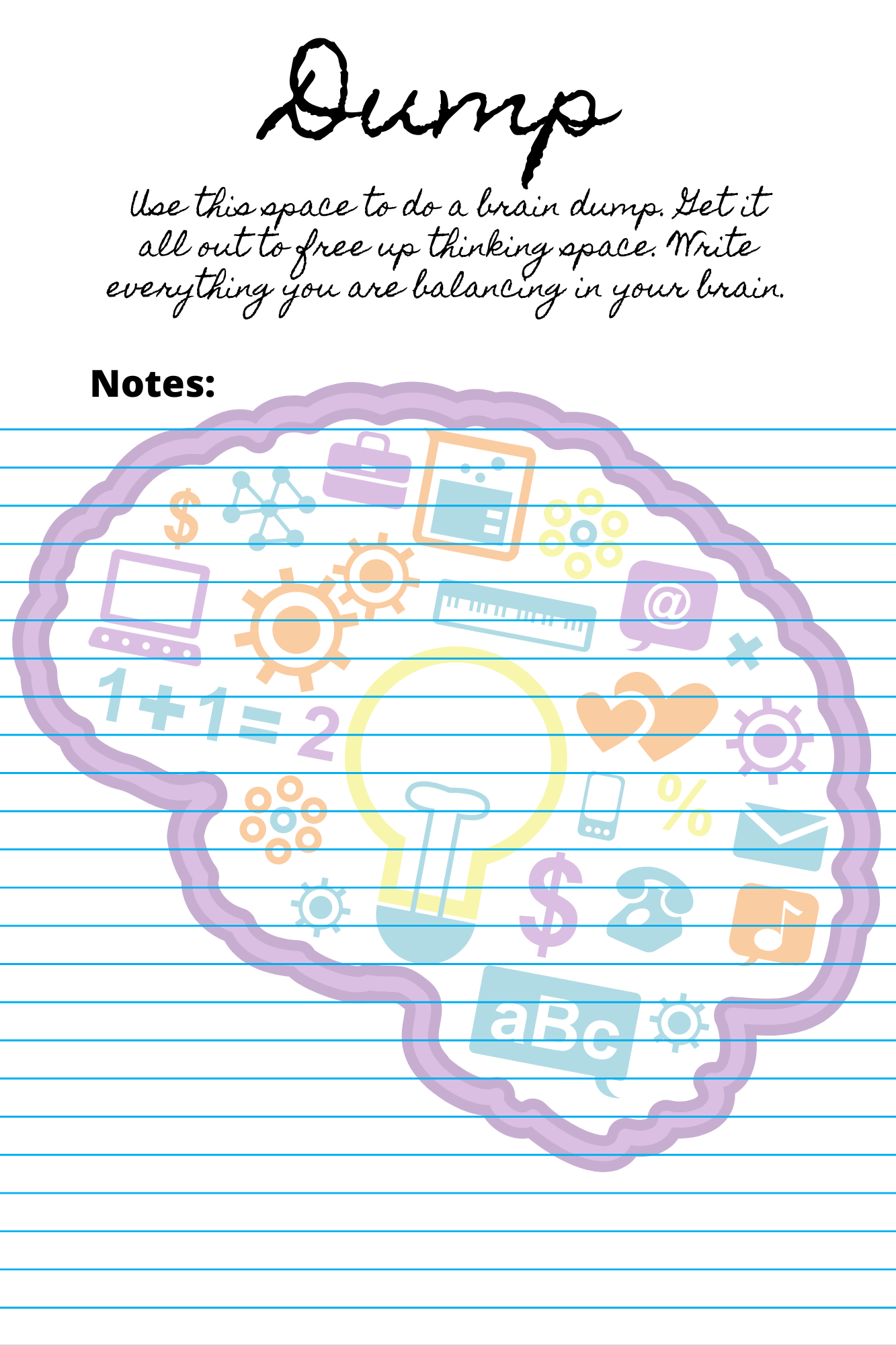 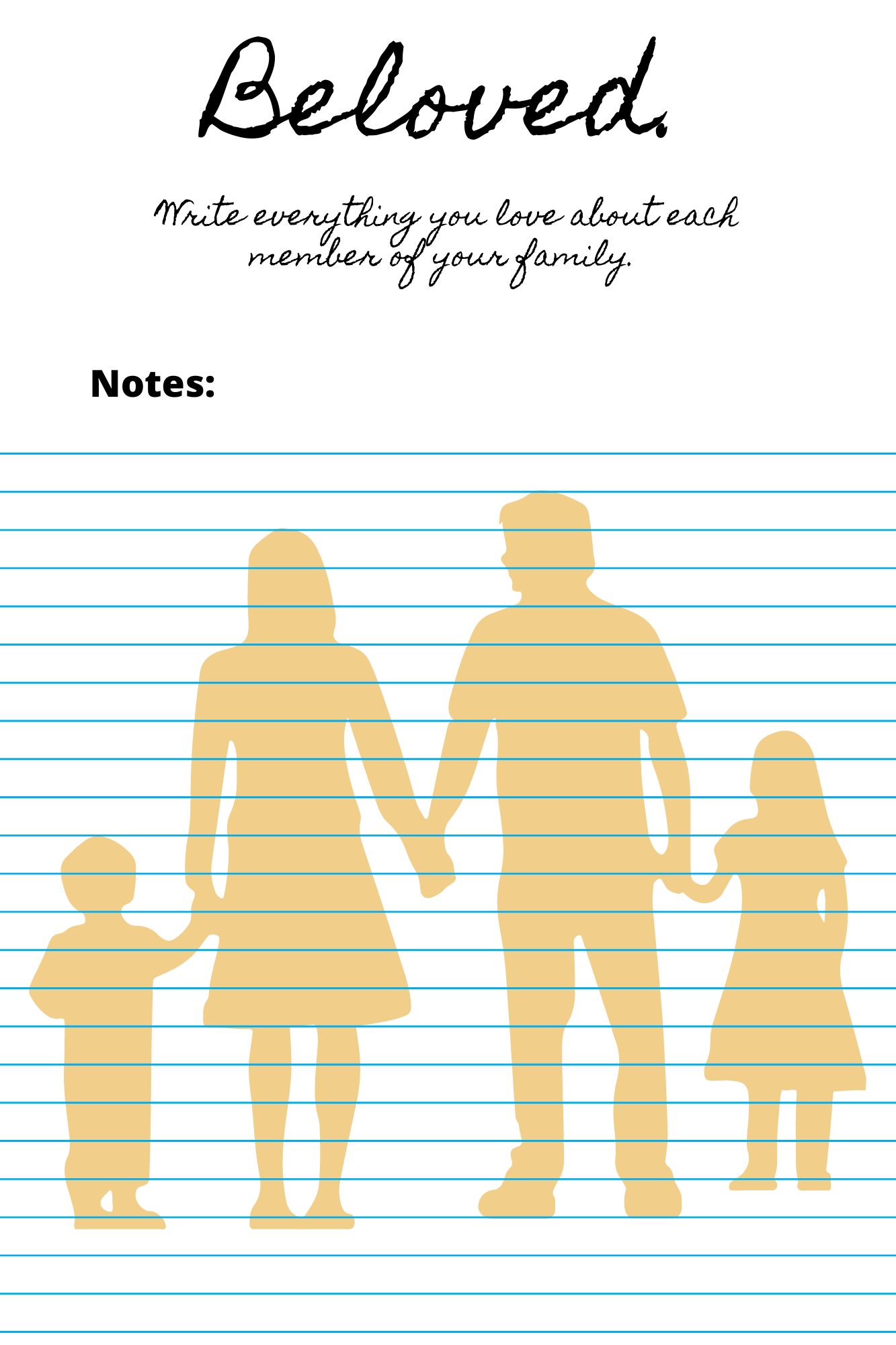 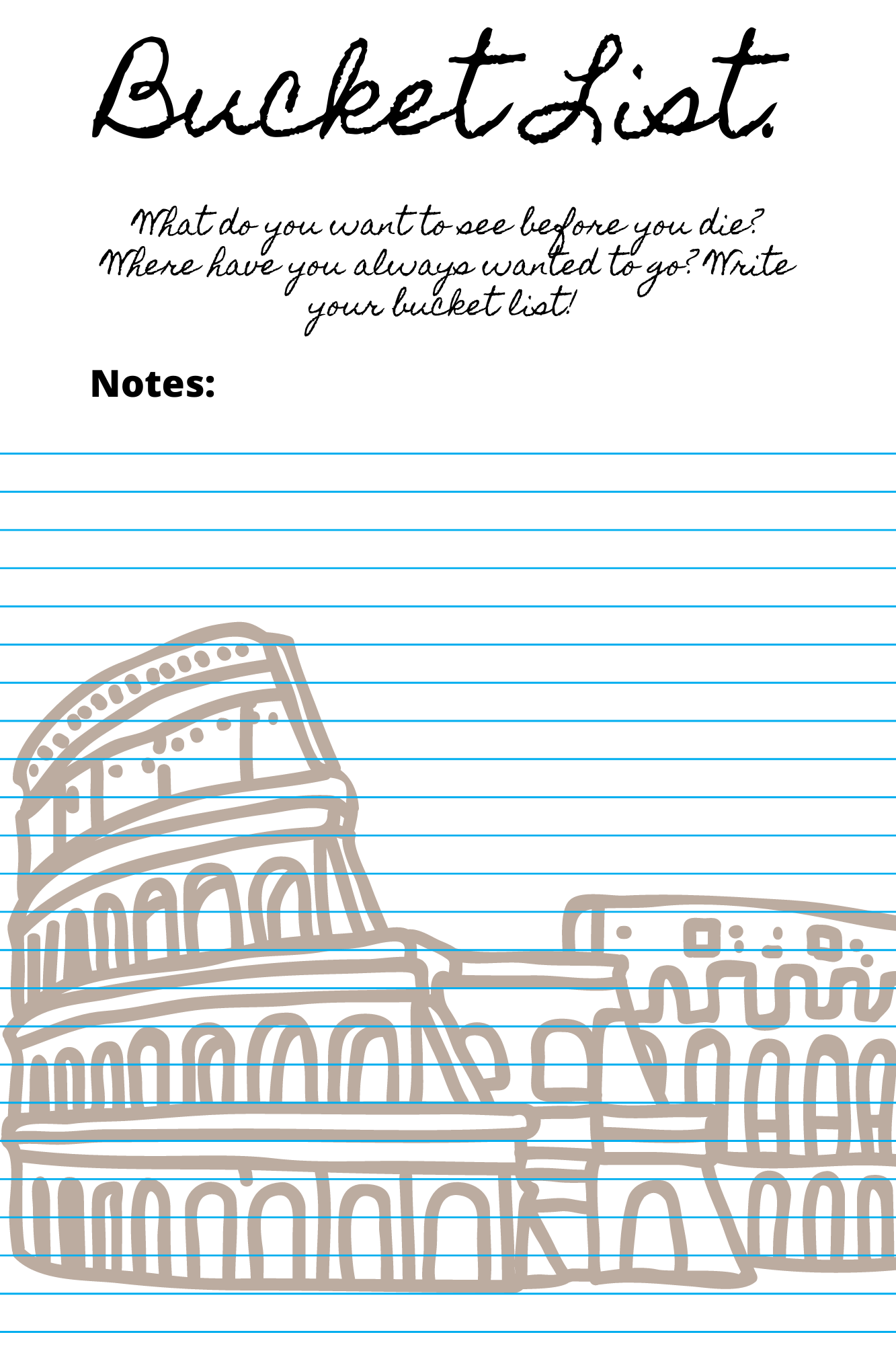 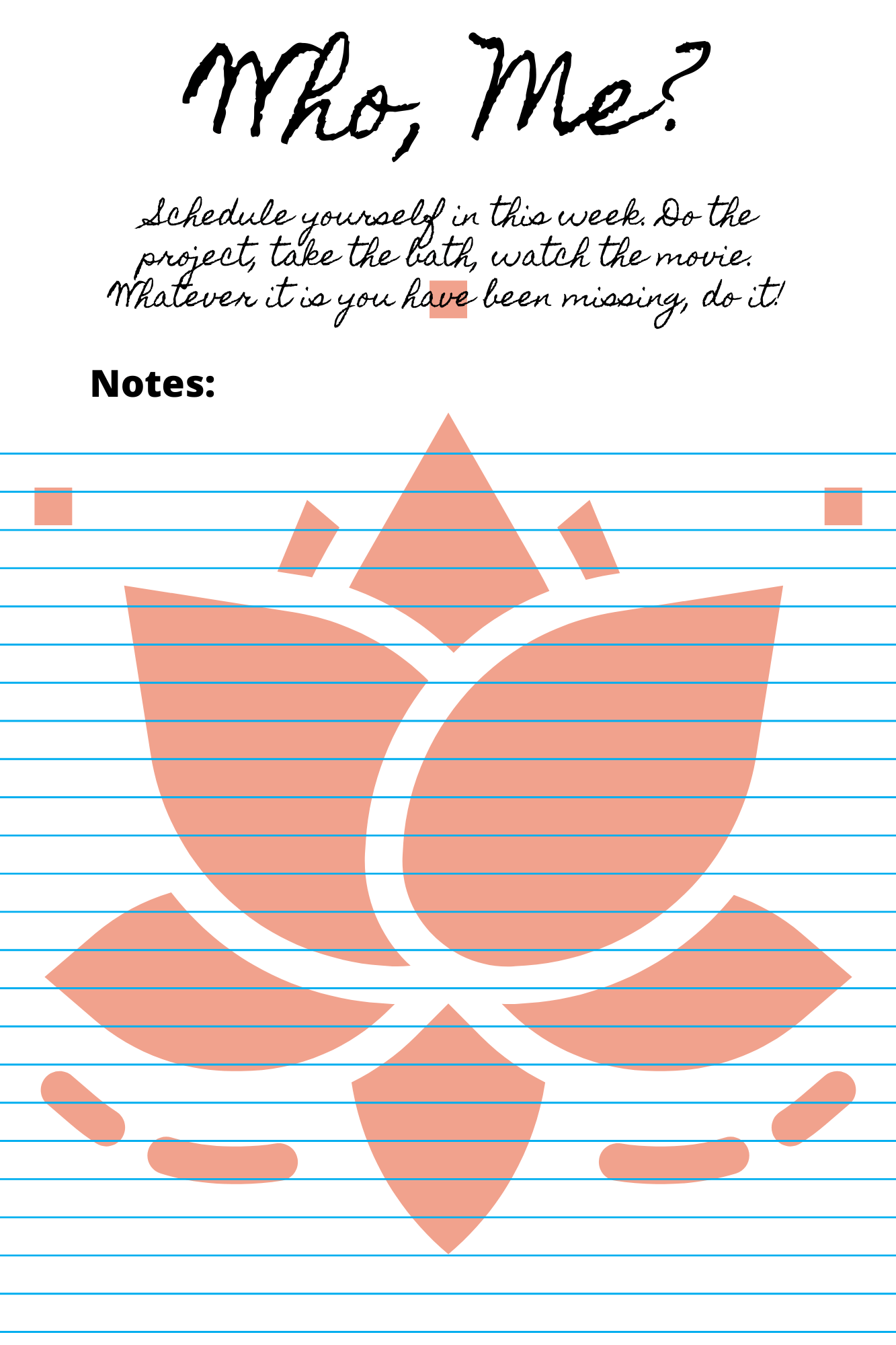 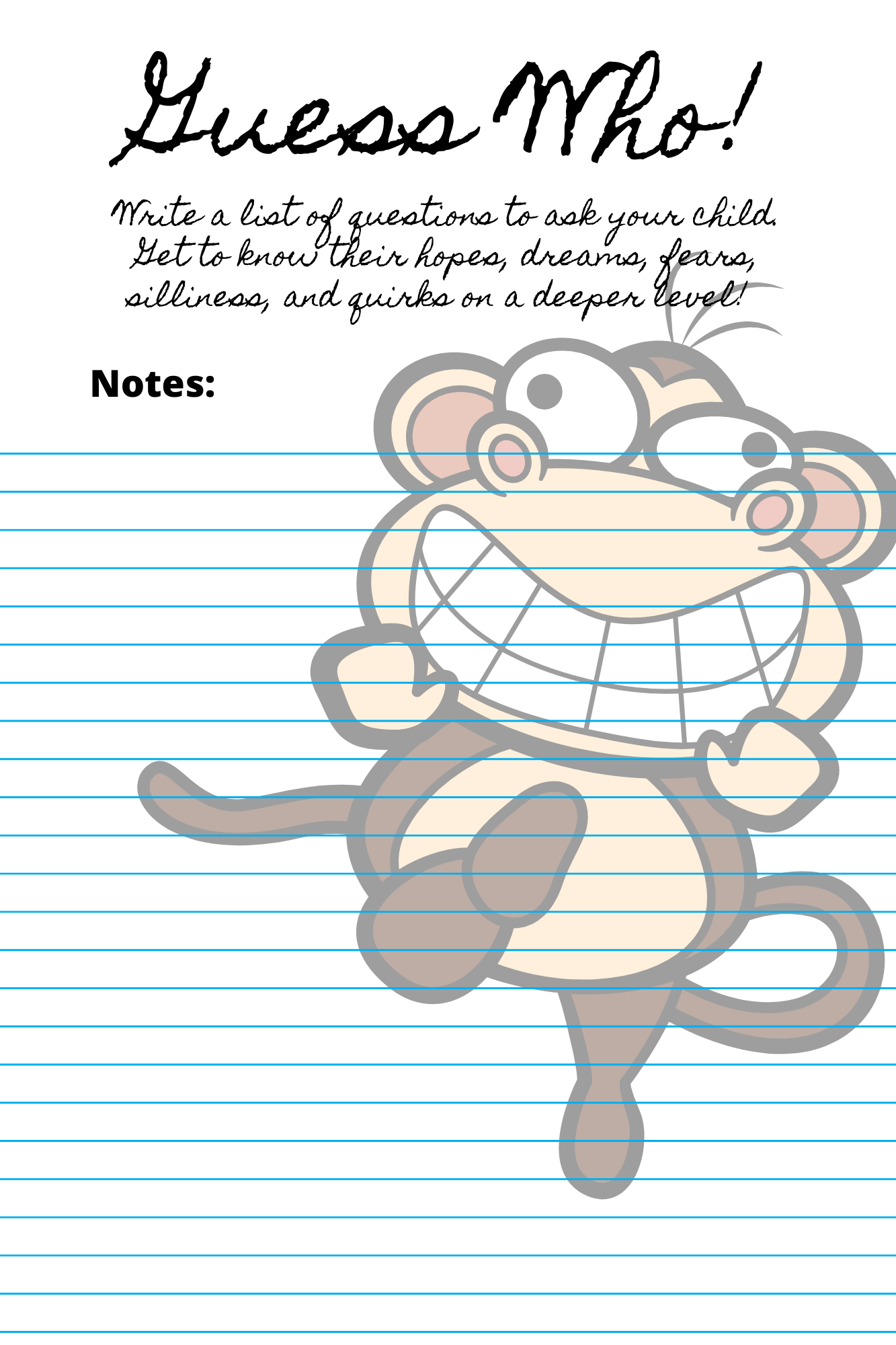 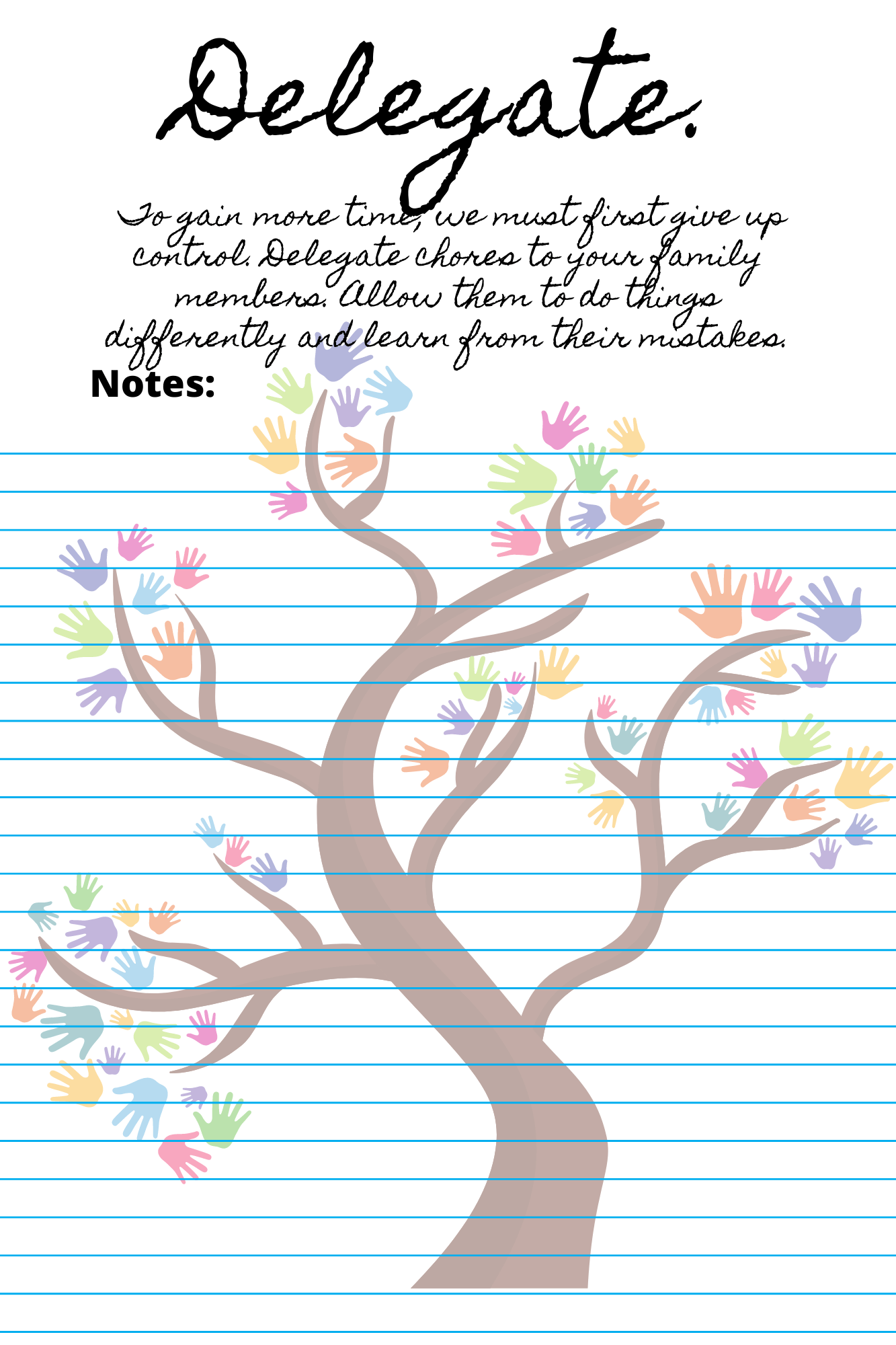 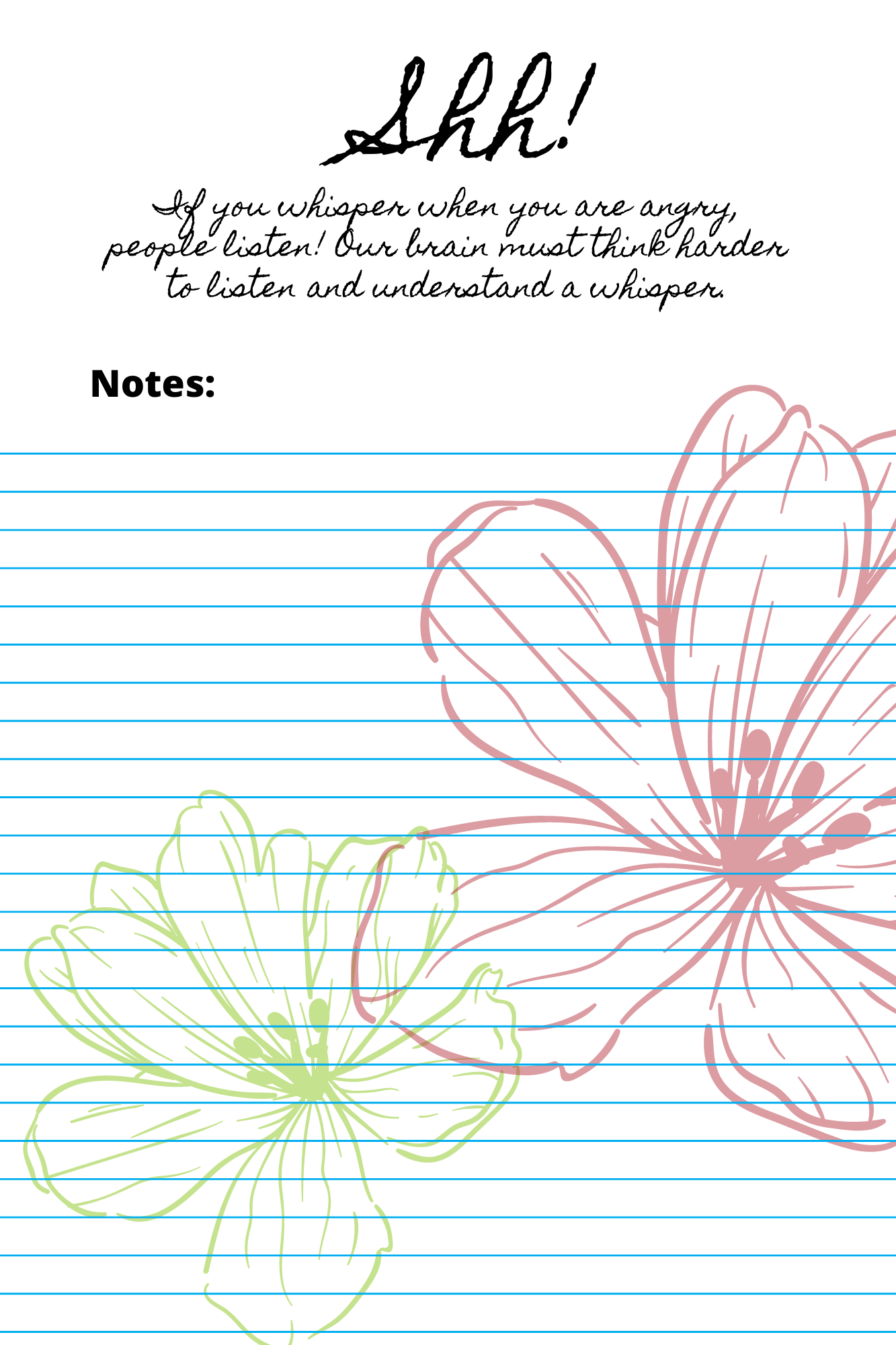 Want to be friends?

It's like texting except with freebies! Ask your questions, get exclusive offers and have a blast!

How To Redesign Your Life For Success

Self Care Checklist For Mom